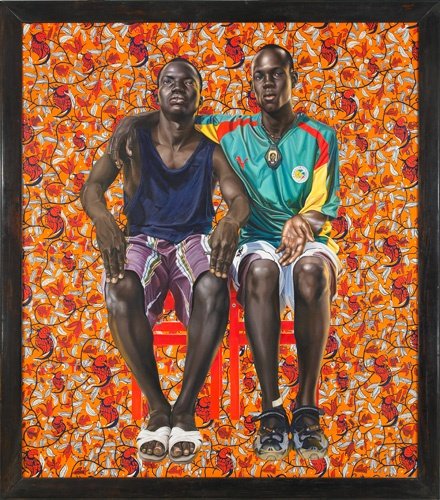 Kehinde Wiley is best known for appropriating the conventions of European portrait painting in large-scale depictions of urban black men. Wiley’s paintings employ irony and parody to examine notions of power, portraiture and historical representation, while at the same time ennobling ordinary young men. Dogon Couple belongs to a series that looks to heroic figures of Africa's post-colonial public sculpture. Modeled on a specific monument in Dakar, it is based on an archetypal sculpture from the Dogon people of Mali. Here they are updated with modern hip-hop clothing, challenging misperceptions of Africa as traditional, rural and isolated with an image of Africans engaged in global economies and cultures. The painting's ornate backdrop is patterned after kaftan, a traditional African cloth originally imported by the Dutch from Southeast Asia. One of the figures wears a pendant bearing the image of Leopold Sédar Senghor, former poet and president of Senegal.

Books to read at the Harn in the BSC: 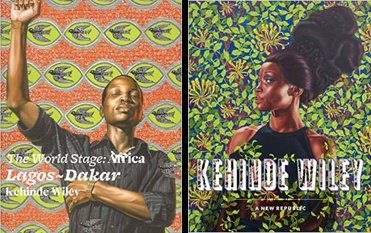