We invite you to listen to poems and stories inspired by art and written by students at University of Florida and Santa Fe College for Words on Canvas.

The Words on Canvas writing competition takes place each spring, and is open to all UF and Santa Fe College students with a passion for art and writing.

Read and listen to their stories here, and download the entire booklet from our website at harn.ufl.edu/wordsoncanvas.

The ridges deep and broad

A story shackled and

May its banner fly high 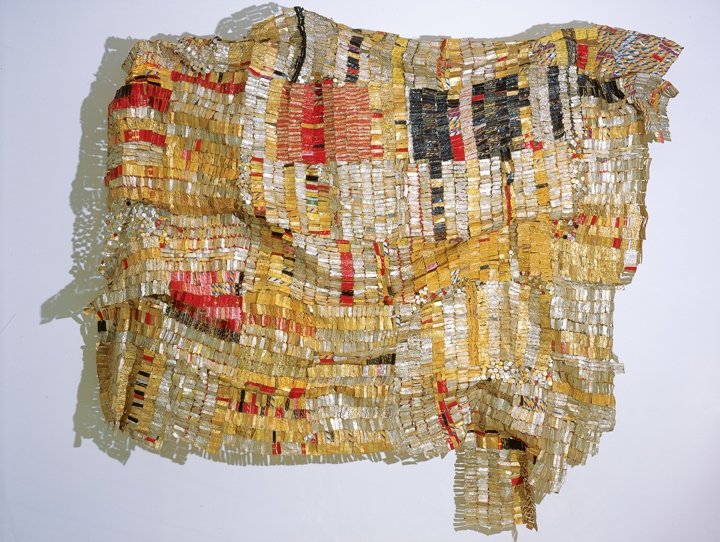 “Death in B Flat” by Angelina Bonilla

maybe you are, too.

but of all the mysteries and myths

I know this is true:

space hums in B flat

so there is a song

and life sings along

through the yawning of space

a dance for two

as he moves to the hum

in tune with the groans

of his dancing bones

when he offers his hand,

over the stellar expanse

do not be afraid

it is only a dance 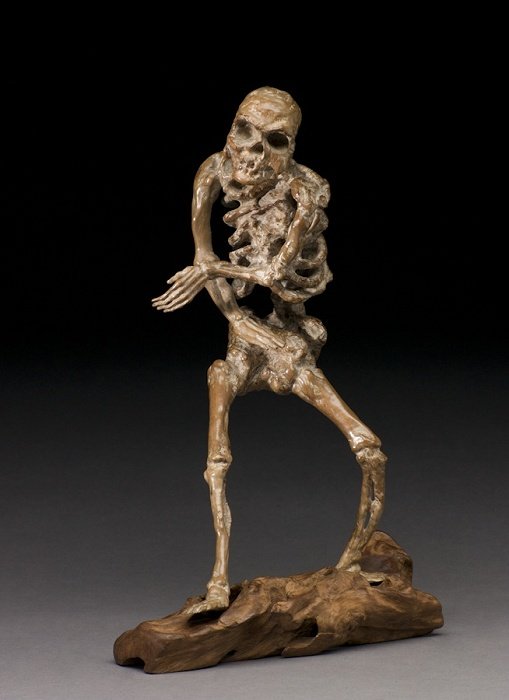 “The Ballad of Orange Julius” by Valentina Sarmiento

Humming like a hornets' nest; a fluorescent Midas touch

Claiming its own circadian rhythm in defiance.

doubles as an unspoken confession.

Letting liquid courage ferment at the back of my throat.

A million tongues have already professed their affection-

I turn to the ostentatious orangery;

they say citrus stains the teeth.

It tastes to me of tangerine and technicolor.

Sweet and sour and feverishly female. 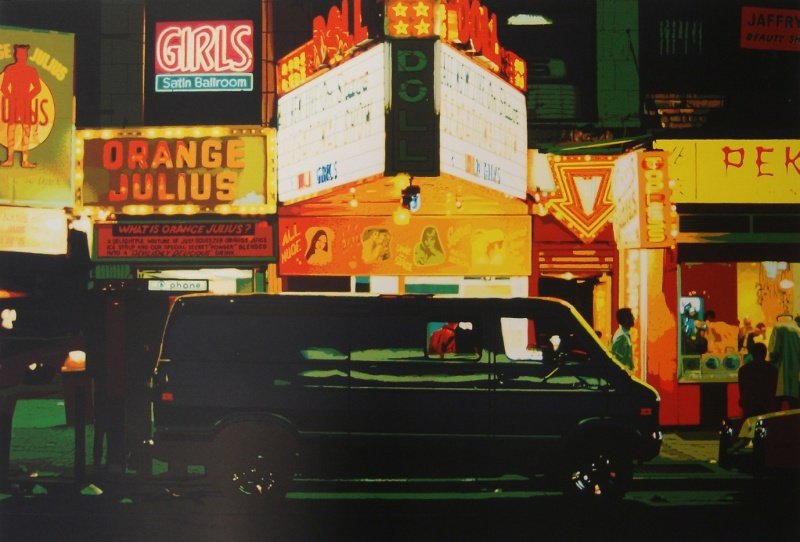 “Black and White” by Hannah Lazar

Heather hated the color black. Black was storm clouds and deep water and shadows. Today was scary enough without the reminders. If it were up to her everyone would be wearing white, but no one asked for her opinions. No one wanted the opinions of a child; it was why she now sat alone in a stiff black gown upon a rusty park swing. She wasn’t really alone, but her guardian paid so little attention to her she might as well be.

Her aunt looked up, eyes swollen from crying. Little black veins of mascara pooled into bruises against a tidal wave of grief. Her aunt took some time to respond, worrying the thick pearls strung around neck with gloved fingers. Heather didn’t mind; she was patient. After all, Heather was a veteran of funerals. She had been a baby when they lowered her father into the ground, but it still counted. He had left them after some war. Heather never knew which one and didn’t like to ask. It made her mom look like Aunt Linda did now.

“Of course, she is Heather. She’s up there in heaven with your daddy right now.”

Then it was decided. Heather was going to fly up and greet them. She pumped her little legs furiously, kicking up dust and scuffing the tops of her clunky black dress shoes. Pretty soon she rocked herself into a rhythm and only had to sway where the world pulled to continue her descent into the sky.

“Not too high Heather. I don’t want you hurting yourself and ruining that nice dress.”

Heather didn’t hear her. Not with the wind whistling through her ears like a chorus of angels beckoning her home. She was close now. The faded blue sky spread out before her as the sun dipped behind the trees to bathe her fair ivory skin in buttery light. Her small fists clung to the metallic chain, staining her hands a faint orange where the rust met her palms. Chain links pressed little divots to run from forearm to fingertip.

“Heather get down from there! It’s getting late, and we should be getting home.”

She had no home. Her home was buried six feet below them. She wanted better. She wanted to be above. Heather was so high up now that each swing sent the old playset below her rattling to buck against the earth in thunderclaps. She could feel the momentary weightlessness as she was pulled from her seat before being viciously yanked back down. It was time.

Aunt Linda was a moment too late. Heather leaned back, the air tugging hair in front of her eyes as the swing slung backwards, thrashing as a live, writhing thing. She hung suspended for a moment, then momentum propelled her small frame skyward, the chain snapping to clatter against the ground in a tinkling of church bells. She flung herself at the milky twilight, black dress billowing, and arms stretched out as wings. The moon a faint white halo coaxing the stars into the sky. They winked at Heather as old friends, as family. Heather was flying home. 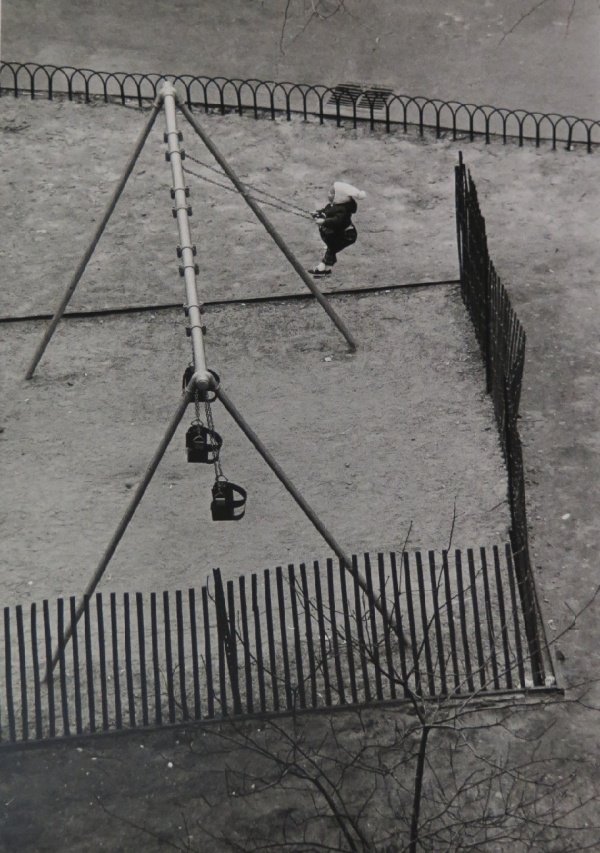 It’s November now, and the mosquitoes

have long since died.

Below the streets the subway rumbles;

a giant turns in his sleep,

and begins, in birdsong:

and if you are able 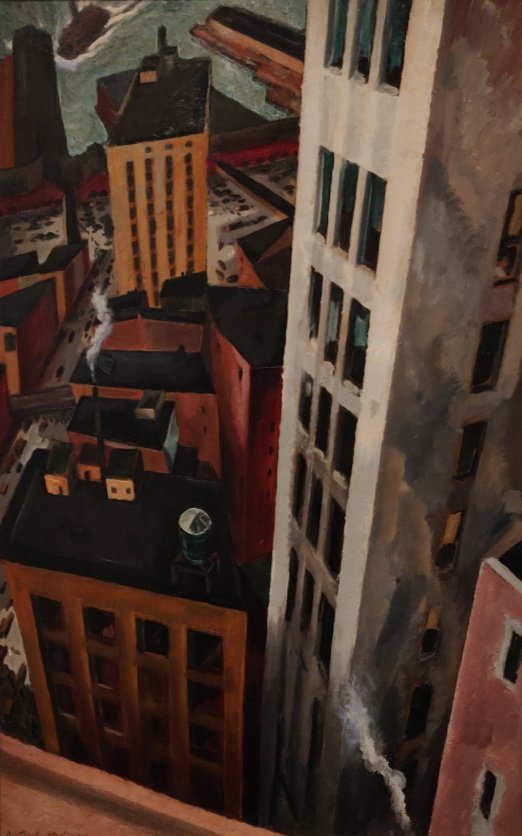 Following the slant of her chin.

For the moment, she allows them.

The honking horns answer them:

She breathes in fire,

Leaning on a Chevy Drag van,

Facing the glow of danger, Fear,

In a calculated grip.

On her poisoned throat.

as if evading her anguish.

With defeated gasps, blood, and tears,

She pulls cotton over satin,

Praying for the strength to flee. 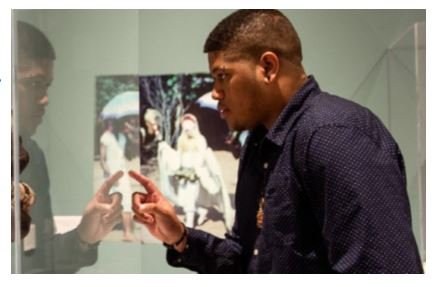 Words on Canvas is presented with the generous support of the UF Honors Program.

Museum purchase with funds from friends of the Harn Museum